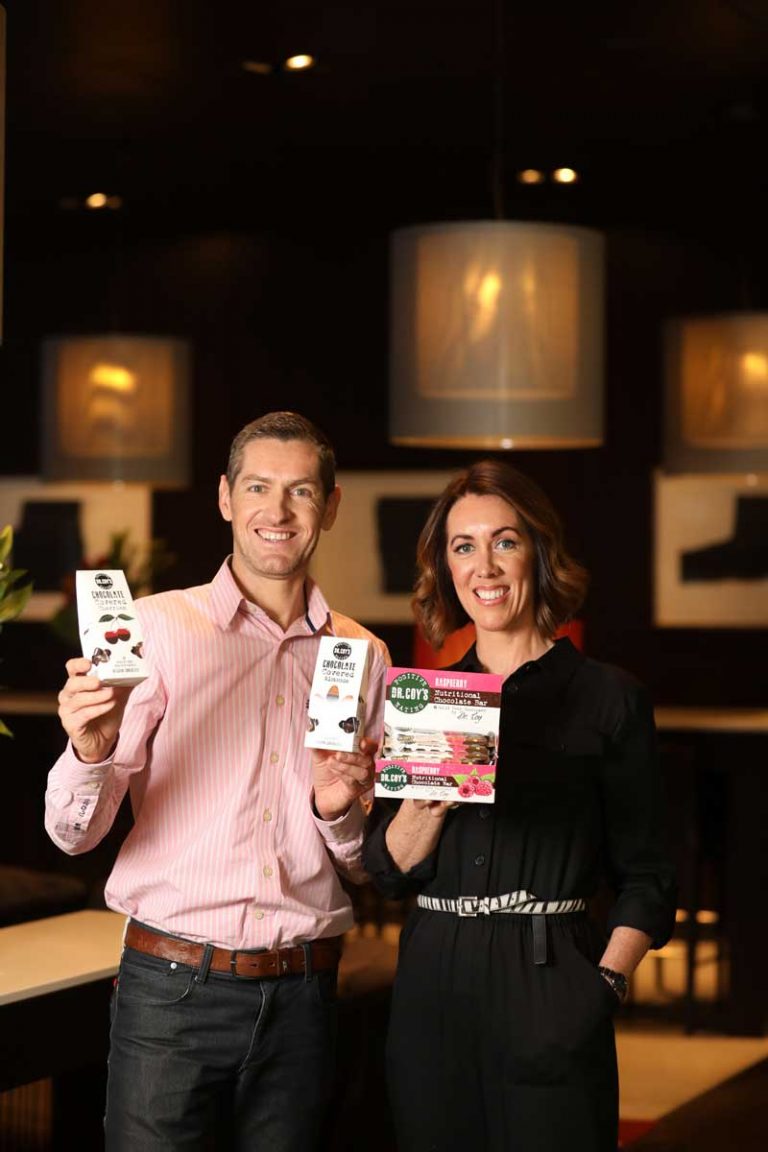 Alison Stroh, Co-founder of Dr. Coy’s was inspired to introduce a range of nutritional chocolates after observing the high level of sugar in chocolates and snack foods that were marketed to appeal to children.  Alison began to study the findings of Dr. Johannes Coy, an oncologist and nutritionist and realised that there was a market for healthy treats. In 2013, Alison participated in the first New Frontiers programme at the Media Cube.

Since Alison completed New Frontiers, Dr. Coy’s has received Competitive Start funding from Enterprise Ireland and their delicious nutritional chocolates have won several food quality awards. The original range was expanded to include healthy cooking products including Stevia Erylite (to replace sugar for baking) and an Organic Vegetable Bouillon (for healthier soups and casseroles). In 2016 Alison and Dr. Coy’s were winners at the Nissan Ireland Generation Next Awards. In January 2017, Dr. Coy’s signed a deal to supply Ryanair with their chocolates for their in-flight stores.

Dr. Coy’s now employs a team of five and the company plans to employ more staff and are focusing on expanding their export markets. The company has been awarded HPSU status with Enterprise Ireland and closed a 400k funding round in October 2019.

Dr. Coy’s products can also be purchased on Ocado and Amazon in the UK.