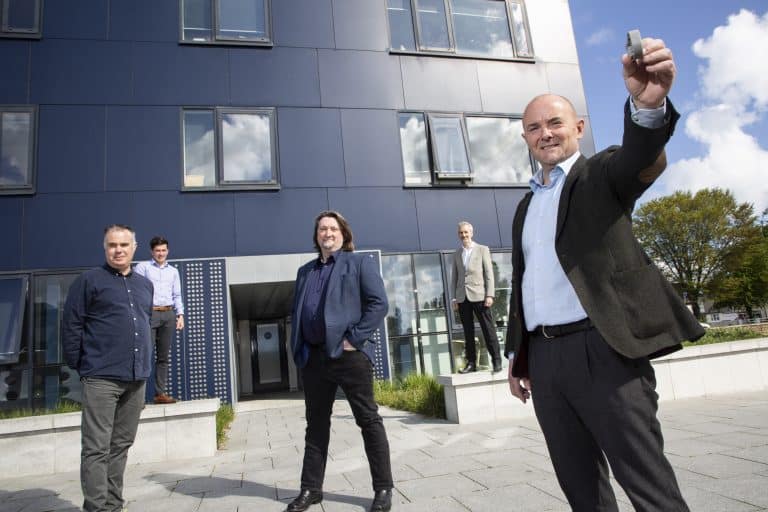 PacSana is a company that believes that measuring and understanding changes in movement patterns in the home is key to delivering high quality affordable home care. Their simple and unobtrusive solution provides meaningful insights that can help drive better home care by revealing sudden or emerging changes in movement patterns. This rich data set can be used to better inform care and give meaningful insight to those providing home care and clinical support for the elderly at home.

Pacsana are working with the HSE in Ireland, the South East Care trust in Belfast and with home care agencies in the US and UK. https://www.youtube.com/watch?v=A4nZMxSa2Ak

The wearable device uses machine learning to create a picture of the user’s normal daily routine. Once the pattern is identified, it can pick up on any irregular changes in activity which could be signalling a health incident. If an irregular or strange activity is detected, the system sends an alert to a care provider or family member.

In 2018, PacSana engaged with IADT through Enterprise Ireland’s Innovation Voucher scheme to investigate how the user experience could be optimised by ensuring the device is as discreet and accurate as possible. The initial prototype was developed by Julian King, senior researcher in the area of 3D Design and Model making under an innovation voucher. The second phase of development was undertaken by Robert Griffin, senior researcher in UX/UI, Cyber-psychology and VR/AR. Using a second innovation voucher, user research was conducted for the Pacsana mobile app.

The technology transfer office at IADT Media Cube was responsible for creating the initial link between the company and research base and remained involved from the negotiation process to the setting up of the contract.

‘Working with the team in the Media Cube and the extended team at IADT has really helped to shape some key components of the PacSana service.  I found that the ethos of collaboration at IADT led to a great partnership with the institute which I hope will evolve in future years.’

In 2021, Pacsana secured €650,000 in funding to expand into the US Market which presents a larger opportunity for the business, with an estimated €81 billion homecare market to tap into.

Current travel restrictions have not slowed down the Teams international ambitions.  PacSana currently has several Home Care and Health care providers in the US trialling PacSana.  The team plans to establish a presence on the ground in the US this summer and ongoing research and development will be an integral part of this expansion process.